I haven't done any further posting on my summer practice incentive before now because I've been waiting to see how my students would react this week when they returned to lessons. The first week of lessons for the summer was the introductory week, and this week I got to see how the contest affected their practice. The week's not over yet, but I couldn't wait to share about how things have been going! 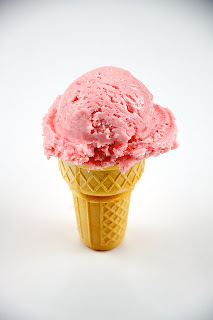 Before I go any further into week 2, let me recap week 1. As each student came for their lesson, I showed them the handout about our summer contest. On hand I had pictures of ice cream cones for them to choose and put up on the poster. I found and printed pictures of sugar, cake, and waffle cones online and they chose their favorite kind. In addition to that, I had printed out ice cream scoops in varieties of flavors and showed them some of the options for ice cream scoops they could earn just to get them even more excited. 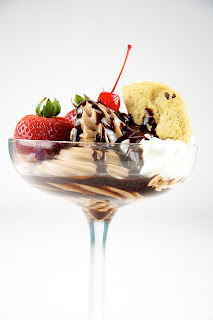 After the students chose their cone, they got to choose an ice cream sundae. I had about 5 different 'sundaes' for them to choose from. It was fun to see their intense deliberation over which one they wanted! After they'd chosen their sundae and posted that on another sheet I asked them to remind me of just what they needed to do over the week to earn rewards and then wrote it in their notebooks.

So how did my students react? Most were really excited with the summer incentive. I had several students whose eyes lit up as I explained how they could earn scoops of ice cream, and even one or two who asked me, "What if I make it all the way to the top of the page?" (No over-achievers around here... ;) ). Overall, I was very pleased with the positive reaction, but I was curious to see how much of it would stick until the following week.

As the week began, I had the typical reactions.

Some students had taken the contest to heart...

1. Two of my students practiced every single day, and one of them told me, "I knew I wouldn't get much time to practice, but I wanted to make sure I practiced EVERY DAY so I could get sprinkles!"
2. A student who has never before shown the initiative to practice above and beyond what his mom makes him do actually practiced an extra day this week!
3. One of my teenage students came out with, "This ice cream contest was a really good idea!"
4. Several students decided to take the extra initiative to try and memorize pieces, just so that they could get a cherry.

While others were a bit less enthusiastic...

1. The mother of my twin students showed up at the door with profuse apologies because neither of her girls had practiced all week!
2. Another teenage student practiced, but didn't make any attempt to record his practice for rewards.

As you can see, the positives seem to outweigh the negatives at this point (maybe I'm just an optimist though ;) ). But seriously, I can see some definite enthusiasm among my students about this latest practice contest and several of them have already shown that their enthusiasm is more than just a passing fad. Here's hoping that this trend continues and my students show some dedication to practice over the summer months, a time when practice can be spotty at best!
Posted by Sarah at 12:33 PM

I started this blog in January of 2011 as an outlet for my many musical musings, a place where I can get my teaching questions answered, and a bit of publicity for my home studio. I hope to meet many other musicians and teachers nationwide through this blog- so please- take some time to read and leave a comment. I look forward to meeting you!

Sarah Lantz is a private piano teacher operating out of Howard County, Maryland. She has been teaching since her senior year of high school and enjoys incorporating her creative abilities and ideas into weekly lessons. In addition to her studio, Sarah serves as church musician at Springfield Presbyterian Church, accompanies, and plays for weddings and other private events.

Please feel free to contact me with any questions or comments you may have, either by leaving a comment here or via email at sers184@gmail.com.